Your Accent Is Not The Problem! 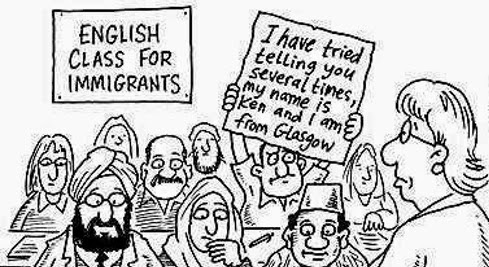 The woman in the following video, Amy Walker, is an actress, writer, singer, and dancer. She amazingly imitates (copies) 21 different English accents from around the world.
Click here to read a previous article on "21 Accents: What Do You Think Of Your Accent?"

After watching the video, you may be impressed by her performance and ability to imitate the various (different) English accents. You may also be fascinated by the number of native-English accents that exist in North America and the United Kingdom.

People sometimes wonder if they have a good accent. It is surprising to hear how many people feel ashamed (feel ridiculous or embarrassed) because they think their accent is horrible.

We all speak English, but differently. Our accent adds charm and character to the language. As Paddy Kennedy explains in the video below, your accent is not the problem!


When you communicate in English, focus on the 3 BEs instead of your accent:


PRACTICE AND THINK IN ENGLISH


What do you think of Paddy Kennedy’s advice?

Have you ever tried doing any of the things she suggests in the video?

What else would you advise doing to improve your pronunciation?


Tell me by leaving a comment below or in a message by E-mail at kaufman.terry@gmail.com, if you like.

The Second Conditional In Music: "Tears In Heaven" 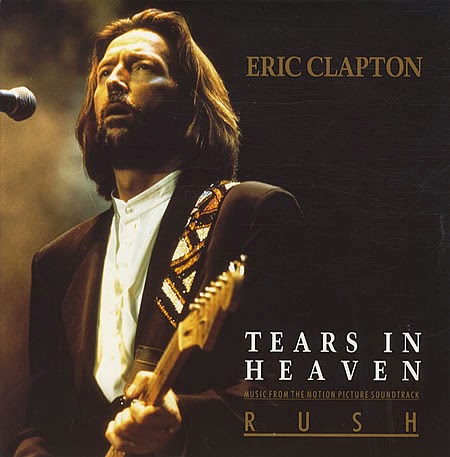 "Tears in Heaven" is a touching song by Eric Clapton. He wrote the song after his son died in a horrible accident in 1991.

In the song, you will hear how we use the second conditional in English to talk about imaginary situations in the present. In other words, we use it to talk about a different present reality that is impossible or not probable. The situation is not a real possibility.

We use the second conditional with the following construction:

IF + PAST SIMPLE, WOULD + VERB

For example, if I won the lottery, I would buy a new apartment. (Winning the lottery is not a real possibility.)


Listen to the song and how Eric Clapton uses the second conditional.

Here are the lyrics:

I must be strong
And carry on (continue),
'Cause I know I don't belong
Here in heaven.

I'll find my way
Through night and day,
'Cause I know I just can't stay
Here in heaven.

Beyond the door,
There's peace I'm sure,
And I know there'll be no more
Tears in heaven.

I must be strong
And carry on,
'Cause I know I don't belong
Here in heaven.

What do you think of the song?

Do you know of any other songs that have the second conditional in them? 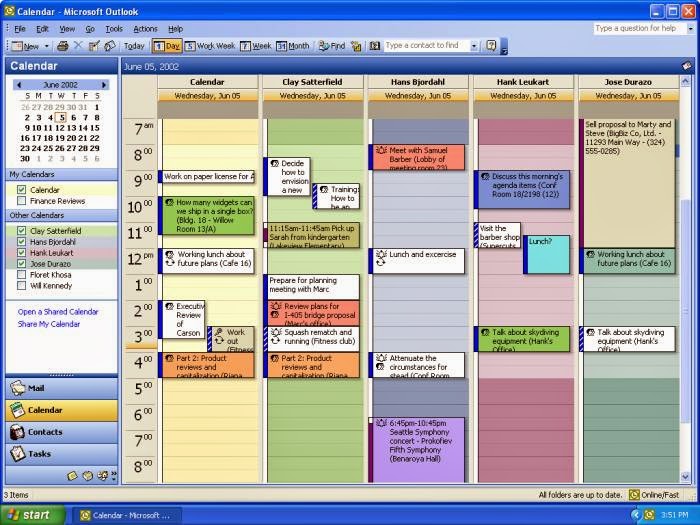 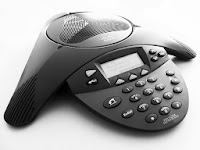 10 minutes into the call, he politely asked the leader to speak more slowly and clearly. The leader turned his request into a joke. He said "OK, this is my version of speaking slowly", and continued to speak as fast as a high-speed train.

You should have seen the Frenchman's face.

The video below shows an extreme example of speaking fast, which could happen if you are not aware of how comprehensible you are when you speak:

Here are four tips to have more productive and successful conference calls as a leader or a participant:

What are your best practices when you lead or participate in a conference call?

Have you ever been on a horrible conference call? Why was it such a bad experience?

The Future: Making Predictions Using Will, Could, And Might 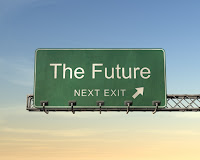 When you make predictions in English, we generally use WILL, COULD, and MIGHT to express probability. However, it is easy to confuse the use of will, could, and might with the present continuous for the future to talk about future actions and plans.

Please click on the image below to see how we use will, could, and might to make predictions: 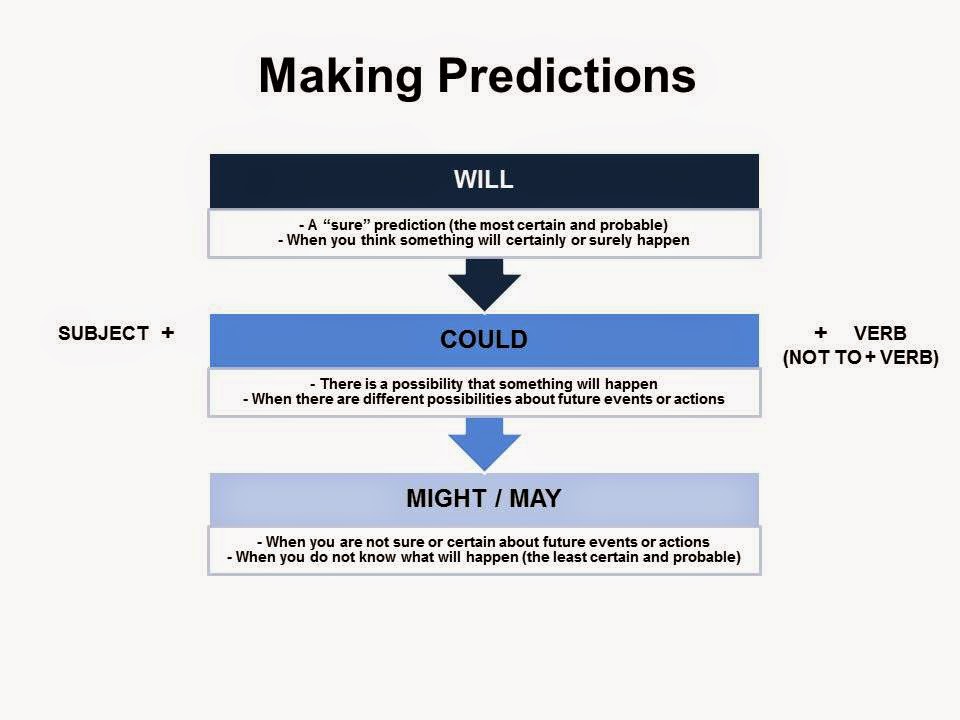 Here is an example of how we express probability using will, could, and might:

Journalist: What do you think will happen to the economy next year?

Economist: I think the economy will improve around the world. (The person thinks the economy is sure to improve.)

Journalist: Do you think there will be a recession before the economy improves?

Economist: Some countries in Europe could experience a recession. (There is a possibility.) However, the US economy will pick up (improve).

Journalist: What do you think will happen to the eurozone?

Economist: The eurozone might break up (separate) because of weak economies in certain countries. (The break up is not probable and the economist does not know if it will happen. The economist is not sure.)

Now, let's compare making predictions and the use of the present continuous for the future:

Julie: Hey Terry, what are you doing this weekend? (Use the present continuous to ask about someone's plans.)

Terry: I am going on vacation. We are going to Los Angeles to see my parents! (Terry made plans to go to Los Angeles and bought his plane tickets. That is why we use the present continuous to talk about future plans and actions. He is not expressing probability or possibility about a future action or event.)

Julie: Really? That is great! When are you leaving?

Terry: We are leaving on Saturday morning. I think our flight will be on time, so we will have time in the afternoon to go to the beach and enjoy the sun.

Julie: What are you going to do in Los Angeles?

Terry: I am going to a barbecue at my uncle's house on June 29. I am also having lunch with my friend, Mike, at his parents' house on June 30. (Going to a barbecue and having lunch are future plans and actions.) I might go bicycling with him in the afternoon, but I am not sure yet (I have not decided yet). I know I am going to eat a lot of food, so I am going to run three days a week. I could also go bicycling and walking in the Santa Monica Mountains. (Bicycling and walking are future possibilities.)

Julie: Have a wonderful trip!

To sum up (summarize, recapitulate), we use WILL, COULD, and MIGHT to make predictions and express probability:

- Will is the most probable and expresses a sure prediction about future events and actions.

- Could expresses a future possibility (or different possibilities) about future events and actions.

- Might is the least certain and probable. We use might when you are not sure or you do not know what will happen in the future.

- Always use the present continuous when you talk about a future plan and action. We only use will, could, and might to make predictions and talk about probability.

We generally use might in conversation and may in more formal writing and business contexts.

Look at the photo below: 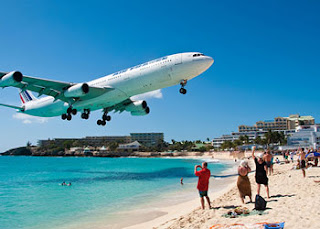 - What do you think will happen to the plane and the people on the beach?

Use will, could, and might to make predictions and answer the question.

Resources To Help You Practice English

An English expression says, "Practice makes perfect." The expression means that the more you practice, the better you will perform.

The reason I created this English activity blog is to help you practice and feel more confident in communicating in English.

Here is a list of resources to help you practice more:

The World is Your Oyster: A Blog About Learning The English Language

Your Dictionary - "The dictionary you can understand." Clear and understandable definitions to help you understand words better.

6 Minute English - Part of BBC Learning English, this listening activity has PDF files that go with each audio exercise.

Express English - Watch videos of conversations with people in English on different subjects.

ESL Pod - Listen to dialogs and read the text at the same time as you learn new vocabulary and expressions.

English-Online - Read simple and enjoyable articles on many different subjects to increase your vocabulary.

I wish you the best as you continue to experience English and communicate in the language.
By Terry Kaufman 2 comments 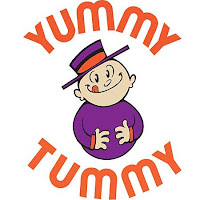 While I was in Los Angeles to visit my family and friends, I was invited to a BBQ (barbecue) at my uncle's house.

I took advantage of (used the opportunity) the occasion to create a "Big T" burger. Big T stands for (represents) Big Terry.

In my opinion, the burger was yummy for the tummy (delicious)!

What do you think? 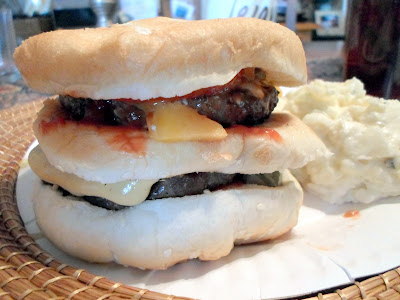 The Big T burger consists of two meat patties (round pieces of meat), ketchup, mustard, mayonnaise, tomatoes, two slices of cheese, and pickles (a cucumber that is preserved in vinegar).

When was the last time you created something that you were proud of?
When did you last make something that was yummy for the tummy for lunch or dinner?

Essential English To Practice And Use On The Blog

How To Use This Blog

Welcome to Experience English!
To use this blog, use the "Blog Activities" section to choose an activity in a specific subject.
If you would like to see a particular subject that is not on the blog, please tell me by E-mail at: kaufman.terry@gmail.com
If you would like to be alerted by E-mail when there is a new activity on the blog, enter your E-mail address in the "Receive The Blog By E-mail" box.

Receive The Blog By Email